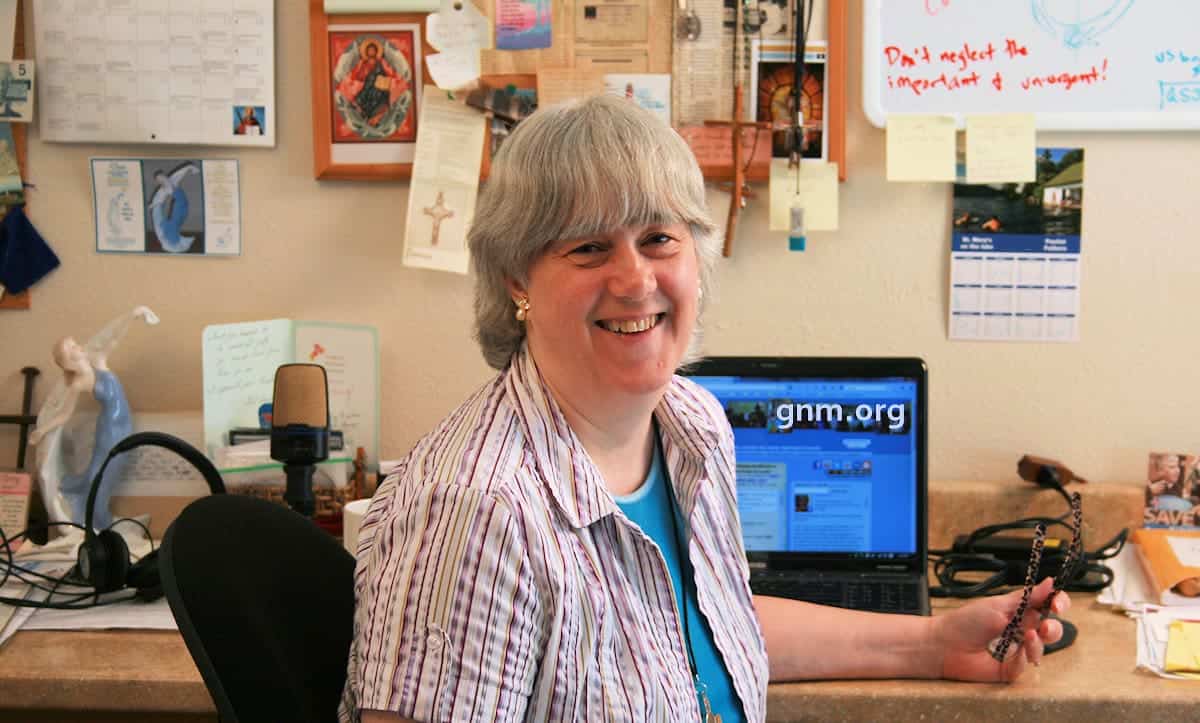 Terry Modica joined the Roman Catholic Church in 1977, drawn in by the Eucharist. After growing up as the daughter of a Protestant minister, Terry’s life took a major turn when she learned that the Eucharist in Catholic Mass miraculously becomes the Body and Blood of Jesus. She has been studying Catholic teachings ever since and has been active in evangelization from the start.

She had been raised by a Protestant minister and became involved in the occult at age 14, which destroyed her faith over the next 7 years. She also had an abortion, having been taught that the fetus did not have a soul until it took its first breath. Then she met the Holy Spirit who rescued her from the lies she had been believing. And Jesus in the Eucharist delivered her from the demonic strongholds that were trying to keep her away from true faith.

Terry married Ralph in 1975. Together they founded Good News Ministries of gnm.org in 1995.